Alexandra Henaghan: Blazing a trail with help from teachers

Alexandra Henaghan laughs at how much different her public speaking skills would be if it weren’t for the people who have pushed her.

One of those people is Alexandra’s favorite English teacher, Kristen Pirozzi, who wrote her a letter of recommendation for the Robert W. Greene Summer Institute. Pirozzi said she has a “quiet eloquence that allows her to be a role-model to her peers.” 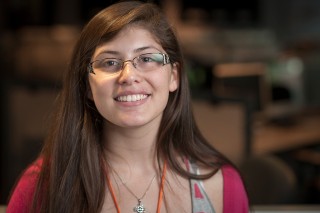 Alexandra said Pirozzi, who is her AP English teacher, later advised her that she would be foolish to go into any career outside the writing field. “If it weren’t for [her], I wouldn’t have thought a career in journalism would ever be possible,” Alexandra said, adding that the more teachers encouraged her, the more passionate she became.

She recalled when her ninth-grade English teacher, Jessica Vitaile, commended her creative writing. Vitaile entered Alexandra’s portfolio in a contest, in which she won an originality award. Alexandra also submitted an original poem from an athlete’s perspective to the 26th annual poetry contest supported by the Walt Whitman Birthplace Association.

“I’ve become determined to write more and more,” she said.

Alexandra plays lacrosse, is a member of Longwood High School’s cheerleading team, and has competitively danced for 13 years. “Sports have always been a big part of my life,” she said, adding that being an athlete has given her much confidence. “My lacrosse coach told me once that all I needed was a little push to make my first goal,” she said. ”Now I believe that all I need is a little push to overcome any challenge.”

Although she’s able to jump in front of her entire school as a cheerleader, Alexandra said she still needs to work on overcoming fears and hopes to become more comfortable talking in front of an audience and camera. “In the past week at this program, I feel almost as confident as I would in cheerleading practice,” she said.

She enjoys watching lacrosse, gymnastics, cheerleading, and tennis, and said she is considering sports journalism as a career.  ”I’m intrigued by how knowledgeable the current sports journalists are,” she said.

She said she prefers to be behind the camera and is interested in photography and editing. “I enjoy editing the work of friends, but I also love getting the constructive criticism because of how much better of a writer I’ve become,” she said.

However, Alexandra said she would like to “take in as many different experiences as possible.”

“I don’t want to jump into a career path just yet because there might be other opportunities out there for me,” she said.

Alexandra said she also enjoys fine arts. Coming from an artistic family, she is a member of the National Art Honor Society and takes advanced art classes as well. “I’ve grown to love art more and continue to spend time creating artwork,” she said.

Another passion of hers is helping children. She volunteers at Mather Memorial Hospital and Stony Brook University Hospital. And while taking a child development course, she realized in addition to considering sports journalism as a career, she is open-minded to becoming either a neonatal doctor or a pediatrician.

She said she has thought plenty about attending Stony Brook University, and said she can’t wait to expand her journalism experience.

“Without this program I wouldn’t have a chance to discover new things about myself and overcome my fear,” she said.