Marcy McGinnis was named associate dean at Stony Brook University’s School of Journalism on Sept. 1, 2007. As associate dean, McGinnis oversees development of the video curriculum, recruitment of faculty, fundraising, student recruitment, strategic planning and development of satellite campuses for the journalism program. She also continues as director of the broadcast journalism program, a position she’s held since joining the journalism school in September 2006.

McGinnis joined the journalism faculty after a career at CBS News that spanned over three decades. McGinnis was Senior Vice President, News Coverage, at CBS News from June 2001 through December 2005 and Vice President, News Coverage from 1997-2001. She managed CBS News’ worldwide newsgathering operation, hard news broadcasts, special events coverage and breaking news as well as the operation and staffing of all domestic and overseas bureaus. McGinnis was at the helm of the newsgathering operation during coverage of 9/11, the war in Afghanistan and Hurricane Katrina. She was one of the primary architects of CBS News’ award-winning coverage of the war in Iraq.

Prior to her appointment as Vice President, News Coverage, McGinnis was Vice President, Europe and London Bureau Chief for CBS News (1995-97), running its day-to-day newsgathering and news coverage in Europe, Africa and the Middle East. She received three Emmys Awards for coverage of the death of Princess Diana in 1997. She was Deputy London Bureau Chief and Director, Newspath Europe, from 1992-1995. While in Europe, she formed and managed CBS News’ newsgathering consortium of international news broadcasters. 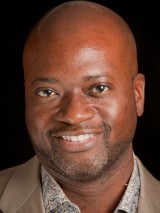 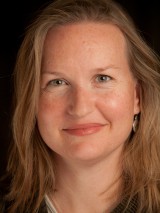 As Staff Assistant to the Dean of Students and Associate Vice President for Student Affairs, Cathrine Duffy provides administrative and programming support to the office and Dean Stein. Prior to this position, Cathrine was a founding faculty member of Stony Brook’s School of Journalism and lectured there for six years. In addition to teaching, Cathrine provided academic advising to journalism students and administered alumni and recruitment outreach.

Cathrine serves as co-coordinator of the Robert W. Greene Summer Institute for High School Journalists. Cathrine has previously worked at Newsday in various capacities including news editor, copy editor and deputy Long Island editor. She is a two-time alumnus of Stony Brook University with a Bachelor’s of Arts in English with a minor in journalism and a Master’s of Arts in Public Policy. 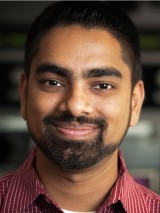 Wasim Ahmad spent six years at newspapers in Minnesota, Florida and upstate New York before coming to Stony Brook as an assistant professor in the Fall 2009 semester. 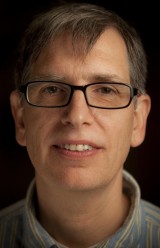 Author of the irreverent writing un-textbook Pity the Poor Reader, Associate Professor Charles Haddadteaches writing to college and high school students. His lessons are based on 30 years of writing experience, which includes three children’s novels, all published by Random House, one of the first successful online columns and award-winning writing and editing work for such major publications as the St. Louis Post-Dispatch, the Atlanta Journal-Constitution and Business Week magazine. He spent ten years covering the likes of Ted Turner, Rupert Murdoch and other Hollywood moguls. 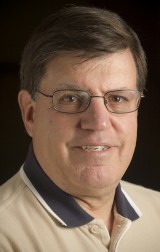 Bob Herzog has worked in the sports department at Newsday since 1976. He was a copy editor until 1980, when he was promoted to Sunday Sports Editor. In 1986, he was named Sports Features Editor, in charge of special projects as well as pro sports and Olympics assignments. He edited six APSE award-winning special sections on baseball, football and Long Island sports history. In 1998, he became a Senior Sports Writer and covered St. John’s and Big East basketball from 1998-2000, attending three Final Fours. He was also a backup beat writer for the New York pro teams. In 2000, he switched exclusively to pro sports, where he covered the Yankees, Mets, Giants and Jets until 2008. During that time, he was part of Newsday’s coverage team for five World Series, countless MLB playoff games and two Super Bowls. In 2008, he switched gigs once again, moving to the the high school sports beat as part of a greater commitment to local sports under Newsday’s new owners, Cablevision. 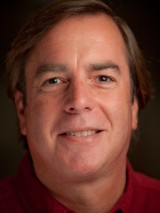 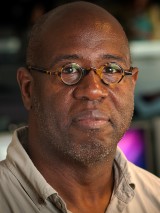