It was in an old cabinet at his grandparent’s house where Matthew Maron would make a discovery that would ignite change within his school. While rummaging through his uncle’s things, he discovered a copy of an old newspaper called The Tattler.

It was the Hebrew Academy of the Five Towns & Rockaway’s student-run newspaper, dated 1995. He now attends the school. 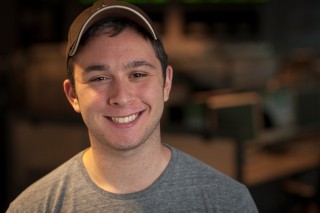 From the years 2003 to 2010, the school was without a school paper due to budget cuts. Finding the paper sparked his interest and he immediately worked towards getting the paper running again.

“I wanted to create a way [for students] to express opinions,” he said.

In his sophomore year, he asked his principal if he could revive the paper once again. He later worked with his staff to gain the financial support for the program, making connections with local vendors within the community.

With their efforts, the staff received positive feedback from the school. The Tattler now has a staff of over 30 students who put out four eight-page issues in color over the course of the school year. Since then, Matthew has retained the position of editor-in-chief.

Not only does he offer his talent to his school’s paper, but he also shares some of his pieces at Huff Post Teen, a website that features the work of aspiring young journalists.

He identified one of these articles, ‘A Country in Decline?’ as his favorite. The article is a commentary on America’s recent economic downfalls and examines its causes and effects.

Several commenters on the site praised his writing. One person, under the name whirlpool, said, “I like your attitude. Good essay!”

Along with his involvement in journalism, Matthew is also involved in a variety of other activities in his school and community.

He offers his knowledge as a member of his school’s varsity quiz bowl team, which has competed in the state championship. He also gives his time volunteering within his community through his involvement in a local after-school program for kids with cancer-stricken relatives.

As a true “renaissance man” he is a talented and well-rounded young person with a lot to offer to his peers, especially in regard to his dedication for writing.

This week gave Matthew the opportunity to learn from his fellow students by working in a team, editing video, utilizing social media and reporting, among other things. He got a clear glimpse of the struggles and rewards of journalism.

“It gave me insight to what goes into it, it takes hours for something that is literally two minutes,” he said.