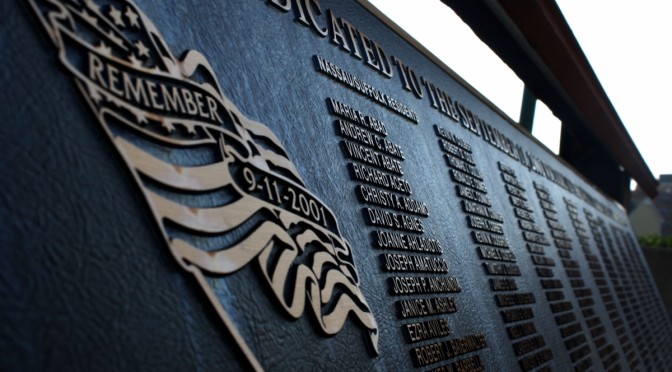 It is also hosts a September 11th memorial, with a steel beam from the World Trade Center site and a plaque, the only one of its kind to list all 490 names of Long Islanders who perished during the attacks. 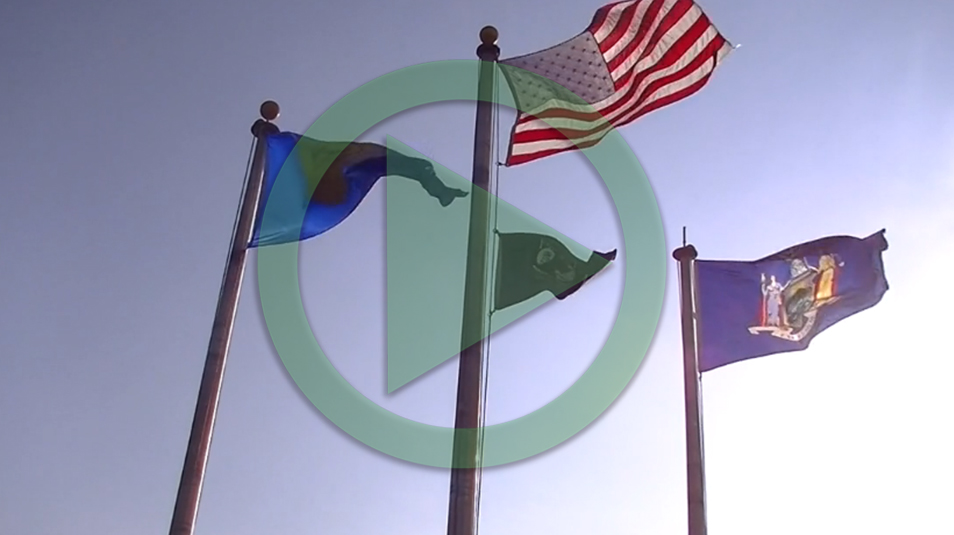 The beam was dedicated to the founder and CEO of the Ducks, Frank Boulton, as well as to the team itself, by the World Trade Center Foundation in a ceremony on Sept. 11, 2012. A year later, the plaque was added in yet another ceremony on the 2013 anniversary of the attacks.

“Our founder and CEO Frank Boulton knew folks that perished in the attacks that day, so I know it’s near and dear to his heart,” said Michael Polak, the Media Relations and Broadcasting Manager for the Ducks. “We had, for both ceremonies, a very good turnout of fans that were out on the plaza. It’s always received a positive response and fans are happy that we have some way to remember what happened that day.”

Not all fans realize the memorial is there, stationed outside the ballpark in front of the smoking area between the East and West Gates.

“I honestly didn’t even see it. Wow,” said Suzanne Cascio. “I was rushing in and I totally passed it.”

“I’ve been coming here for years and this is the first I’m hearing of it,” he said.

Upon learning of the memorial, though, Falk was pleased.

“I think it’s terrific,” he said. “I think especially as New Yorkers, we need to be aware of it. Everybody that lives on Long Island was touched by that event, and somebody knows somebody whose name is on that plaque, without a doubt. Now that I’m aware of it, I’m going to look for it.”

When the memorials were unveiled, the ceremonies were announced on the Ducks’ website, though since then, no additional promotion has been done.

“I didn’t even know it was outside,” said fan Laura Jensen. “If they just had a poster or something somewhere, people would probably go visit it.”

Andrew Rella is one fan that knew about the structure, and his response was positive.

“I’m a UPS driver,” Rella said, “and I’ve delivered this route before, so I saw when they were building it. You know, my uncle was a paramedic that day and was back and forth to St. Vincent’s [hospital] a thousand times. Friends of mine that drive for UPS in the city helped evacuate people out of there. So to me — my brother’s a marine – he’s been overseas. It has a lot of special meaning for me.”