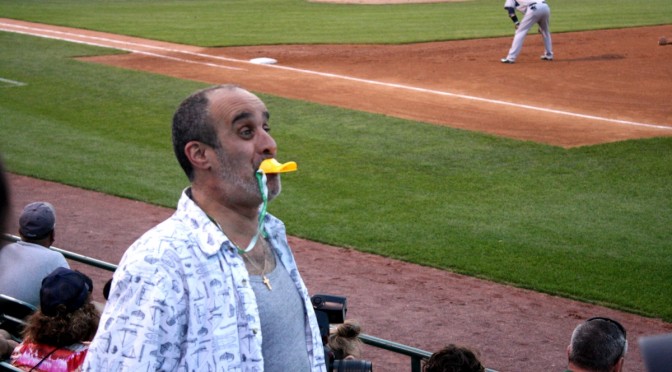 Long Islanders flocked to Bethpage Ballpark for Wednesday night’s Ducks game against Bridgeport, but is there a cross-Sound rivalry?

“They have one?” said Ducks fan Jonathan Softy.

“I don’t know how much of a rivalry it is, being that Bridgeport doesn’t draw much. I’d like to see it improve, but I don’t know if it will,” said Dan Erickson.

There was a limited number of Bluefish fans and a lot of cheerful Long Island kids and adults. One Bluefish fan did have an idea about why there so few in the crowd.

“Getting people from Bridgeport to here is pretty tough. With the ferry it is not exactly easy,” said Dan Cunningham, a Bluefish fan.

The Ducks have not had a good season but that doesn’t take away from the crowd and energy from the ballpark. The Ducks have endured an 11-game losing streak as of July 23 and fans believe the players are feeling the pressure.

“Any time you have a losing streak you start pressing, I’m sure they feel it ,” said Erickson.

The Bluefish don’t draw at home as well as the Ducks. “Maybe half if they are lucky,” said Cunningham.

The ‘rivalry’ between the Ducks and the Bluefish is not one to break out into chaos. Ducks fans said they don’t trash talk and they like to have fun with their family and enjoy all the aspects a Ducks game has to offer.

“The atmosphere is great, the stuff they do in between innings is great, it keeps the fans involved,” said Cunningham. “The Ducks have a pretty loyal fan base, nothing but good things to say about the Ducks, they are a good organization and run very well.” 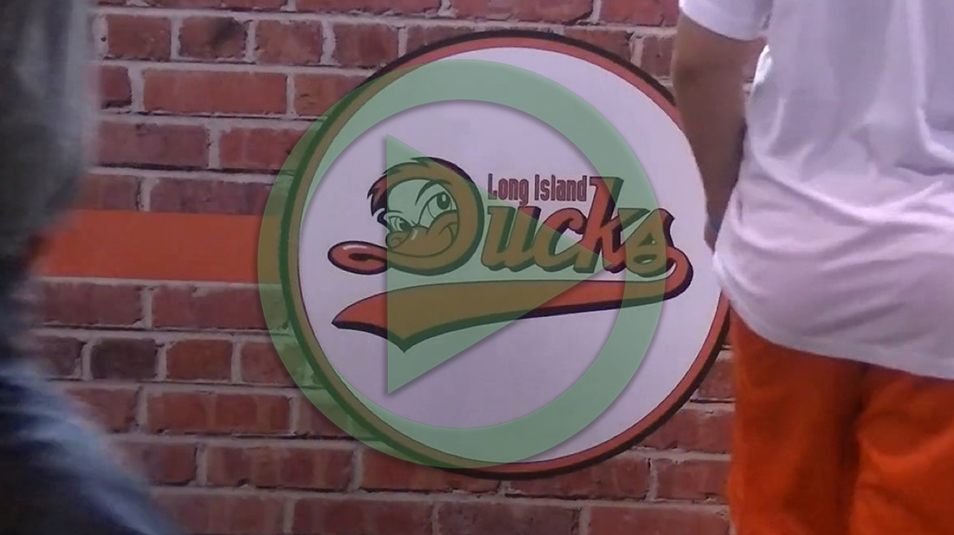 Ducks fans do come to the games for the entertainment, enjoy the team and the sport, but some have a die-hard obsession with the minor league team itself.

“I eat, sleep and breathe Ducks, so when I wake up in the morning I just think Ducks all the time, I quack randomly,” said Brian from Patchogue, who asked that his last name not to be used.

“[The Bluefish] are not our kind of team,” added another fan, Jordan Buffy of Selden, who embraced the rivalry with Bridgeport.

So did Brian. “Bluefish? I don’t like seafood,” he said.