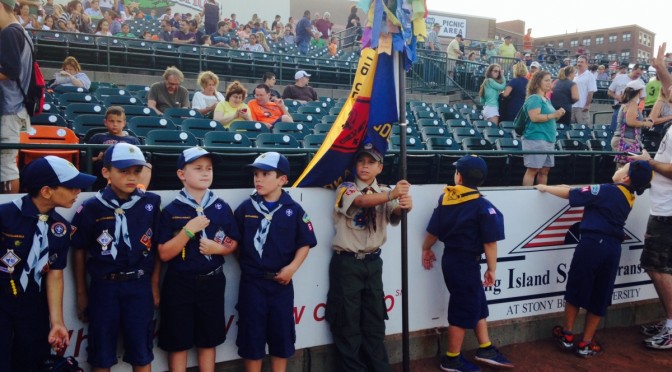 From the moment the Metro-Gnomes, a youth violinist group from Bay Shore, did an unusual rendition of the National Anthem before Wednesday’s Ducks game, it was clearly a night for the kids.

“I’m a baseball fan myself, and I have a lot of little boys who also like baseball and I thought it would be a really fun thing to do,” Thalia Greenhalgh, teacher of the Metro-Gnomes, said. The young boys performed in front of the large audience and received huge applause. 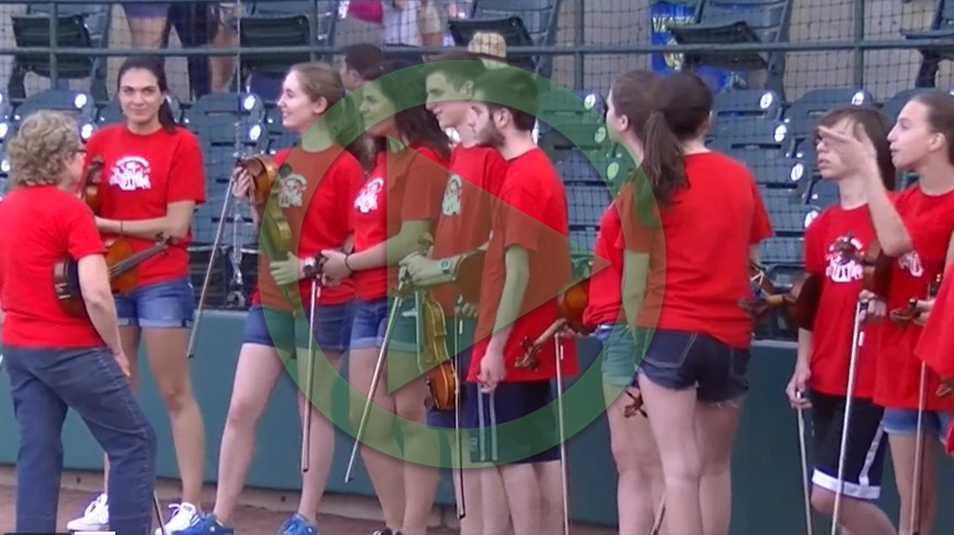 Ten- year-old Mia Grello of Bay Shore said this was her third year with the Metro-Gnomes.  “I like playing in front of everyone because I think everyone likes to hear the violin,” she said. “You know, it’s like, it’s a nice instrument.”

Gregory Reardon, a 9-year-old Cub Scout from East Northport, said he came “to watch the Ducks crush the other team,” and that this is not his first time being at a Ducks game.  “The Ducks are gonna crush ‘em by like 10 runs,” Gregory said. Unfortunately for him, the Ducks lost, 11-3.

The Lacey Township All-Stars, a youth baseball team, came to Central Islip from New Jersey where they are representing the area in the Eastern Regional tournament.  “I’m feeling a win,” Keith Apostolos, a 14-year-old Lacey player.

Commack North’s baseball team is participating in the same tournament. “Well, they’re [the Ducks] not winning right now, but they might come back,” 12-year-old player, Timmy McHugh said.

Evan Wallis,  a 14-year-old Commack player, offered an observation that could apply to the Ducks as well as his team’s upcoming game in the tournament. “We can win if we have just enough hitting and enough defense,” he said.

2 thoughts on “Take them out to the ballgame”