Monday, the first full day of the Robert W. Greene program, was a really excellent experience. In my previous blog post I described the excellent breakfast here, and I finished before we had the interview with Shawn Heilbron.

Heilbron is the new addition to the Stony Brook staff. He is the new Athletic Director and has high hopes improving Stony Brook’s sports reputation as a whole. In the interview we got to listen to Heilbron’s story as to how he got to be where he is today, and then we proceeded by each asking questions, acting like a real reporter. Through the question and answers we discovered that he is interested in building up the football and basketball program, and then marketing them to get more of an audience at the games. He would then use these funds from the games to fund the other sports equally, and even has hopes of starting up a new women’s sports team.

After the interview with Heilbron we headed out to lunch. Lunch was pretty good, there was a various amount of options, but I can personally say that the pizza was really good. 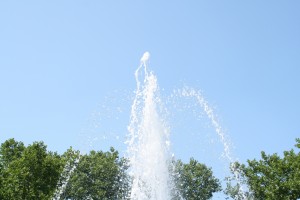 John Conrad Williams then came in and taught us about the ISO, aperture and shutter speeds of the camera. We then took the cameras outside and practiced taking pictures of moving targets and of each other. This was one of the best parts of the day, going outside where it’s not  -20˚ like in the newsroom. 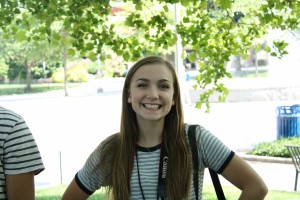 After the photo lesson, we took a dinner break, which was basically the same food as lunch, which was fine by me as long as there is pizza. Next, Professor Rick Ricioppo came in and taught us about the topic I’m most interested in—broadcast journalism. We learned the basics, most of which I had already known from my class in school, but I did learn a few things about layering which was really nice.

Even though the day felt never-ending, I did learn some really exciting new things that I can’t wait to take back to my broadcast program in my school and share.