The lectures are over, the articles posted, and the week-long Greene program will officially close in less than 24 hours.

And wow, what a week it’s been.

As is said in the bio Reid wrote of me, journalism is not my primary passion – the reading and writing I’ve always loved has been fiction and flowery language. The creative writing class in my high school was linked to a journalism one, but, even then, my interest in journalism was rather secondary.

This week, however—holding a microphone and interviewing randoms in “man on the street” segments, researching and writing, asking questions in a press conference setting, working the tech board in a television studio—has been enlightening.

It’s hard, even, to pick highlights to reflect on here. From all the special guests and unique opportunities of the week, so many stand out. (And, additionally, writing this blog has really been a blast).

Reporting at the Ducks game and in all formats throughout the week (at the Emergency Operations Center, the Shawn Heilbron press conference, last night’s “man on the street” segments) has been my favorite. It’s not so much of a stretch from what I already love—as president of Massapequa’s Drama Club, I’m no stranger to improv, which is what the interviews mostly came to be. Still, holding the mic and asking questions was a rush each time. 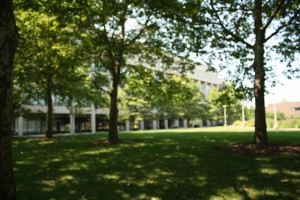 The aspects of journalism I had been unfamiliar with also ended up being intriguing and enjoyable—photography and film, for example—and the teachers of those lectures really made them easy to understand (professor Ricioppo for film and John Williams for photography).

The week has been jam-packed with special guests from the field: Bob Herzog, who brought sports journalism to life; Matt Clark, the investigative journalist who truly piqued my interest (I’ve always wanted to write, of course, but after seeing the movie “Agent Cody Banks” when I was a kid, I became crazy about the idea of being a spy—this seems to be the perfect blend of the two); Sandra Peddie, another investigative reporter, busting crimes and getting to the bottom of things (while also being an engaging speaker and intriguing professional).

Speaking to people pursuing journalism in the real world has been enlightening, and hearing their stories furthered my interest in journalism from secondary to, perhaps, a bit higher.

While the special guests of the week were exciting and interesting for the bits they were here, the professionals I was with for the entirety of the week—Professor Ahmad, Professor Duffy and Professor Dowdy—were incredibly informative and interesting in their own rights, teaching us the business that they themselves are passionate about.

Sitting down this morning to edit my piece with professor Duffy and professor Dowdy was an extremely valuable journalistic experience, as their classes on writing have been throughout the week.

And, of course, as member of Team Wasumsauce, I’ve really enjoyed professor Ahmad’s courses on blogging (three blog posts in one day, so, clearly) and the photo side of journalism, as well as his guidance on our group’s stories. Outside of his intriguing courses, I’ve had a great time as a member of his team: working at the Ducks game, going on an impromptu tour of campus after we all missed the bus and hearing about his experiences in the field.

Outside of class altogether, I’ve met a ton of interesting, intelligent and all-around cool people in this program, and being on a real college campus has been an eye-opening experience as well.

So, with the week coming to its finale (finishing off with a movie and tomorrow’s closing ceremonies), I’d be amiss if I left out my thoughts on journalism altogether after this week. 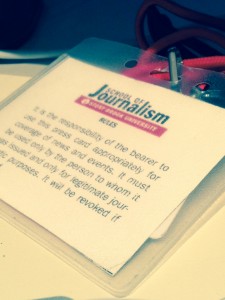 I don’t know where to begin—it’s exciting, it’s thought-provoking, and I know now that I would find my life lacking without pursuing journalism in some avenue—a minor, a double major, who knows?

Nevertheless, the Greene Program has been a once-in-a-lifetime experience. I learned to use a camera from a Pulitzer prize winner on the first day, amongst all the other extraordinary opportunities the program has given me—that certainly doesn’t happen every day!

I come away from the program with skill, interest and a heightened love for written word—the Greene legacy, fulfilled.