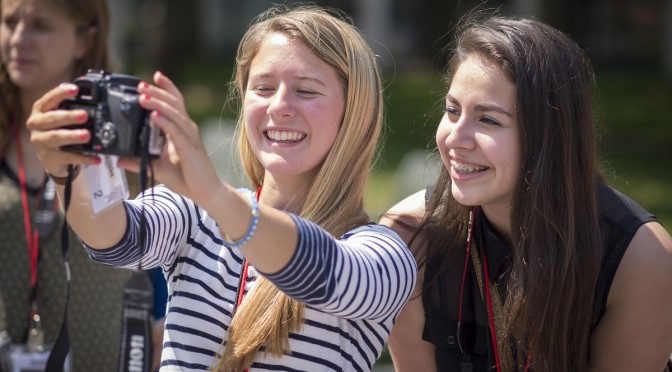 Yesterday was quite an eventful day. We worked from morning until night nonstop, but I enjoyed every moment of it.

In the afternoon, John Williams taught us how to work the cameras and showed us cool techniques to get a photo just right. Noelia Vazquez and I got a little creative and took a selfie!

It was such a pleasure working with Pulitzer Prize-winning photographer and Newsday assistant photo editor, John Williams. He had so much knowledge on the subject and has so many interesting experiences from years of traveling the world. Williams taught us how to take still and action shots. We had a lot of fun shooting the action shots because we got to play around. We were running, tumbling, and jumping and the photos came out very well. Williams was as enthusiastic as we were and was happy to see us get so involved with the photography. 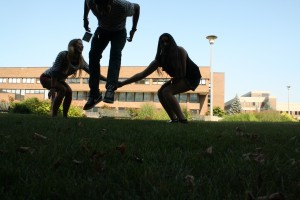 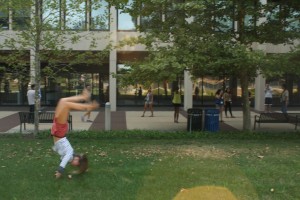 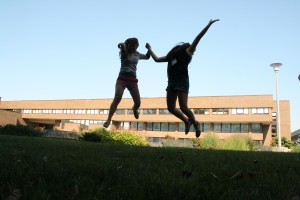 In the evening, Kelly Colligan worked with Noelia Vazquez and I on our video camera practice. We had so much fun! We asked people to do some pretty random things for us in our shots. For example, we found some guy to throw a penny into a fountain and then we had a lady read for us on a bench. Our inner-stalker side came out when we got footage of a man riding around on his bike and he had no idea we were filming him.

When I got back to the dorms at night I was disturbed by a Snapchat that my sister sent me. I have been gone for barely 24 hours and she has already moved into my room. Now I know what to expect when I go away to college!

Bonding with all the Greene Team members has been fantastic. I can tell already that I will stay in touch with the people here for a long time to come. We are all getting along great and I have already made so many new friends, as well as become even closer with Sharon Ahmed and Alejandro Serrano from school.