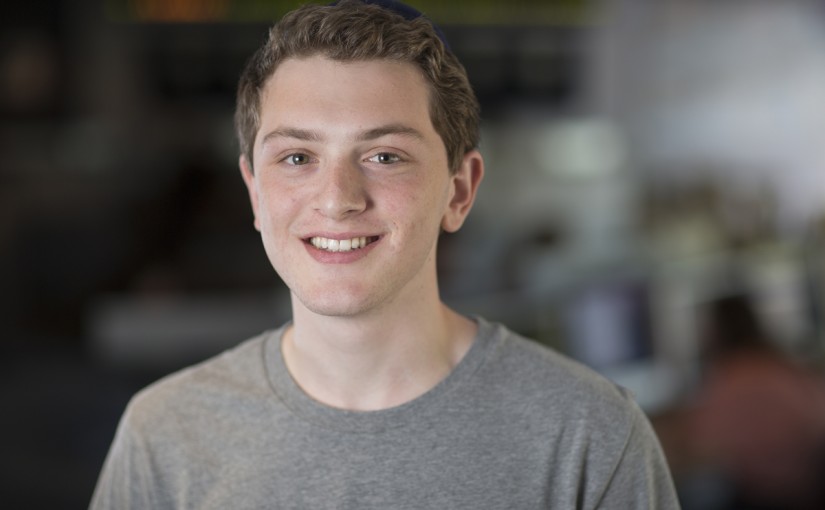 Daniel Maron’s favorite part about writing is telling a story.

“I love informing people about what’s going on,” said Daniel, a rising junior at The Hebrew Academy of the Five Towns and Rockaway.

Daniel writes columns for a locally distributed newspaper called the Nassau Herald. He has also won numerous awards for his writings, including first place for best online writing at this year’s press day at Adelphi University.

Daniel writes columns and was once the director of social media for the Tattler, his school’s online newspaper. Daniel said two teachers at his school who have really encouraged him are Mrs. Wolff, the faculty advisor for the school newspaper, and Mrs. Beech, an AP English teacher.

“Mrs. Wolff has encouraged me every step of the way in writing columns,” Daniel said. “Mrs. Beech has helped me to expand my creative horizons and encourage me to be the best writer I can be.”

Besides being a dedicated writer, Daniel participates in many other programs around the school and community. He is on the yearbook committee, a member of the National Honor Society and is on his school’s debate team. Daniel said he has always been a little shy, an obstacle that he has overcome by writing and debating. The debate team has also allowed him to improve his speaking skills and develop his own opinions.

Daniel also participates in a community program called the Friendship Circle, which allows teenagers with social and developmental disabilities a chance to meet up with other teens who do not have these problems and hang out, do homework and create new friendships.

“I enjoy helping people and I find it to be a rewarding experience,” Daniel said.

Daniel also enjoys bike riding. He likes to ride by Atlantic Beach in Nassau or in older parts of his neighborhood that have a lot of history behind them. He normally rides with his father and brothers. Daniel enjoys watching debate shows on television such as Meet the Press. He is a big fan of politics and likes to form his own opinions on topics.

“I like politics because it’s how our country runs, and I enjoy hearing every side of the story,” Daniel said. “Everyone has a different side to a story.”

He also enjoys reading. His favorite book is the “Catcher in the Rye” by J. D. Salinger and his favorite subject is English.

Despite being shy, Daniel is quick to make friends. “Daniel is funny, smart, supportive and thoughtful” said Julia Chwawt, a close friend of Daniel’s.

Daniel said his favorite color is green so he is very excited to put on a green shirt, become a member of the Greene Team and write for the Greene Gazette this summer as his brother, Matthew, once did.

“I hope to gain a new understanding of what it means to be a journalist,” he said. “I’m looking to learn new writing techniques and develop my editing and photography skills. I am also looking to meet new people and make new friends.”