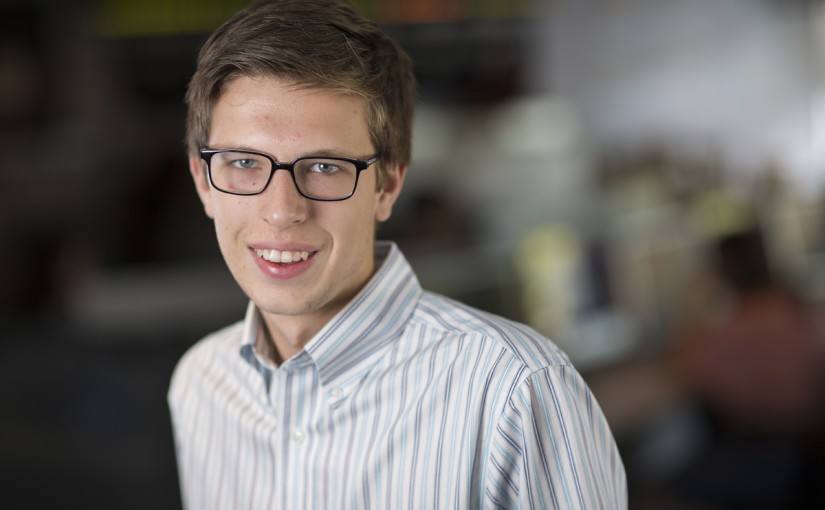 A writer at heart, Gerard Gwinn III first noticed his interest in writing in ninth grade when his teacher Ms. Phillips complimented him on his talented storytelling.

“You have a gift that many could only dream of,” she said. “Don’t change what you are doing. Stay on top of your writing, trust me.” Gerard has not only the support of his former ninth grade teacher, but of his friends and parents as well.

“I would not be as passionate about my writing if I didn’t know how much of it impacted the people around me,” Gerard said. “They are my biggest fans, yet also my biggest critics.”

Inspired by the works of novelists such as F. Scott Fitzgerald, Gerard makes writing a priority in his daily routine. He makes an effort to write for at least one to two hours a day, extending to three hours if he can find the time. Despite having to balance school work, sports, and his writing, Gerard’s perseverance has taken him far. “Narrative is my strong point,” he said. “I have challenged myself with writing a novel and I am now near finishing it.”

Gerard said he is never at a loss for motivation. In addition to drawing inspiration from novelists, Gerard finds inspiration in everyday people. “I feel like I get a lot of inspiration from people who oppose me. I am stubborn, in a sense . . . I just have to go out there and prove them wrong.”

Outside of writing, Gerard has several other interests. He runs cross country for his school, Westhampton High School, and is developing a messaging app with his friends. He also has an interest in filmmaking.

He said he got into filmmaking by accident. “I could probably make a movie,” he said “I have storytelling and I want to challenge the norm for filmmaking.”

In addition to his novel, about a teen’s pursuit of happiness, Gerard is working on a short film set in the Hamptons for the All American High School Film Festival. He dedicates a significant amount of time to this process, settling for nothing less than his best efforts. Despite his appreciation of journalism, film is where his heart is, he said.

“I respect journalism and all those who put their lives on the line to inform people of the truth,” he said. “But it’s not the business for me.”

With support from his parents and peers, Gerard has successfully entered the Robert W. Greene Summer Program with the intention of improving his writing and photography skills. “Being accepted really boosted my confidence in writing,” Gerard said “I felt like I just got accepted into college.”

Fueled by his passion, Gerard said he aims to make the best of his week at Stony Brook. “I’m looking to be inspired.”