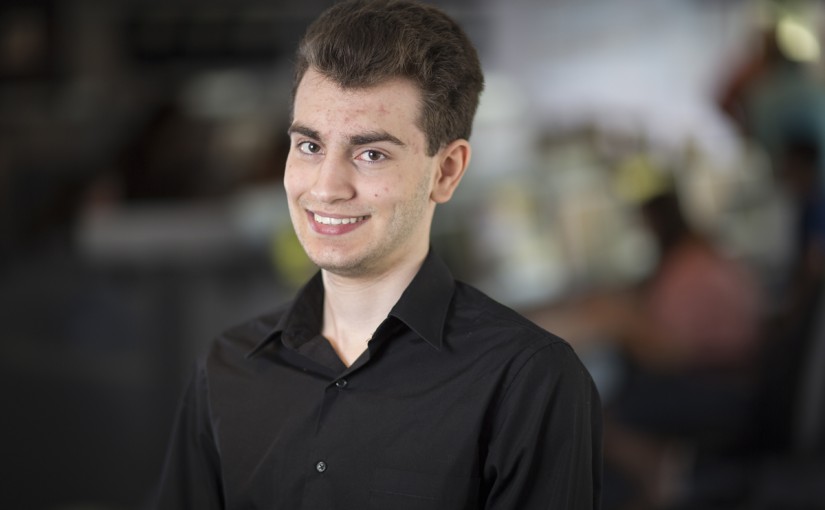 “Journalism is a safeguard, it keeps the government to the people,” said Joseph, 17. “It ensures everyone has a voice.”

Joseph cited his brother Thomas, who is autistic and nonverbal, as in inspiration in this regard.

“Journalism is a system of checks and balances that empower people and give those designated individuals responsibility to keep them in check.”

Joseph said he’s given thought to a career in journalism and that he has an interest in covering business and economics. He said international journalism also intrigues him, and he would love to work in Europe.

Dr. David Swickare, a mentor to Joseph, said Joseph was a talented writer and had no doubts about his admission into The Robert W. Greene Summer Institute for High School Journalists.

Joseph said he admires his father, Ronald Bordino, because even though he does not have a college degree, he is still an intellectual and always argues both sides of an argument.

“My dad is an electrician, but he knows like everything that has to do with the stock market,” Joseph said. “It opened my eyes to his eyes because he is able to look at people who’ve gone to top colleges and run the county and see that they don’t do the things that need to be done.”

Joseph said his appreciation for certain things wouldn’t be the same without his mother, Joyce T. Bordino. “My mom inspired me to be more willing to take more action against injustices,” Joseph said. “She really supports that stance.”

Along with his teachers, President Dwight D. Eisenhower also serves as an inspiration because fought for the middle class and represented American interests instead of individual interests.
“He made sure to expand social programs that FDR started,” Joseph said. “He did what he could to unite America.”

Joseph’s enthusiasm for civic duty is second only to his duty to his family, especially his brother, Thomas.

“I have ambition and he fills me with the responsibility to help other people,” Joseph said. “Knowing about journalism will help me be able to help kids who also feel voiceless.”