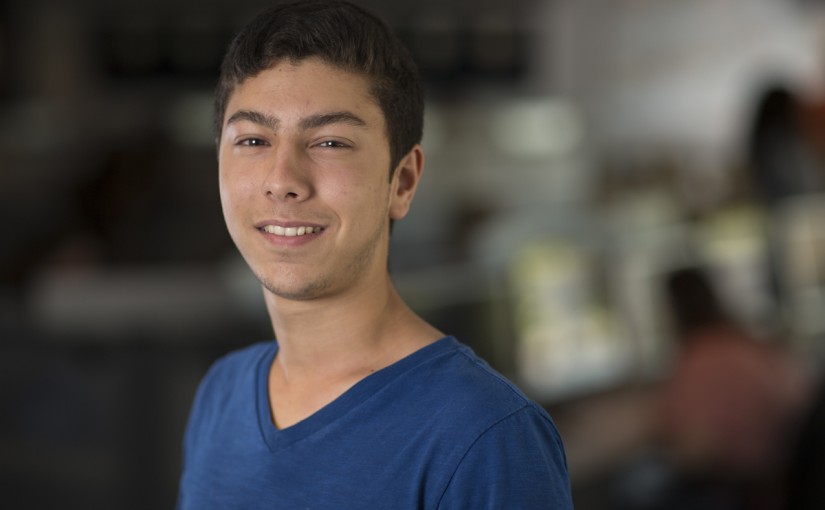 Centereach High School student, Solyman Hatami had two objectives when starting high school: get good grades and get involved as much as possible.

Soon after school started, he began spending Friday afternoons in school long after classes had ended.

“My freshman English teacher, Mr. Nielsen, besides looking like the old man from Up, was my favorite teacher at the time and convinced me to join my school’s newspaper club,” said Solyman, explaining his after-school activity. “I wanted to get involved and I considered myself a good writer.”

Still managing to maintain high grades, Solyman started spending those Fridays as part of his journey to becoming an  investigative reporter for Centereach Cross Currents.

“When I first joined all my stories were written as if I was writing an essay for my English class,” said Solyman. “I wasn’t reporting. The more I kept at it and kept showing up, I noticed that my writing had been developing.”

As a junior, he was assigned to the position of managing editor, right below the editors in chief. Now, as he gets ready for his final year at Centereach, Solyman will be joining the upper ranks of the club as editor in chief.

Solyman is more laid back and down to earth than the other editors,” said Michael Klahme, friend and fellow reporter of Solyman. “He’s always up to date with what’s going on and what’s next to follow.”

Writing for “Centereach Cross Currents” has proven to be an adventure for Solyman thus far. However, the newspaper’s finances have become an issue. As well as still printing the usual amount of papers, this past January the club launched a website, CHS Cross Currents.com.

“We believe by fully transitioning would definitely help with the money cost and it would be better media-wise for our club,” Solyman said. “This way stories could be out in a matter of days instead of months. Unfortunately, not everyone is used to this change so it has not gained popularity.”

When he’s not slaving away at the paper, Solyman has a love for learning. He is one of the top-ranked students in his class and has successfully taken four Advanced Placement courses: biology, language and composition, calculus and U.S. history.

The subjects he enjoys most are math and science. His plan after high school is to go to an Ivy League School and major in biomedical engineering and, hopefully, minor in journalism.

Besides writing for the “Centereach Cross Currents,” Solyman takes part in an array of activities.

He has been a part of the varsity boys’ tennis team since 9th grade, math team, debate club. He’s been vice president of Spanish Honor Society, and Tri­M Music Honor Society. And, Solyman is the only baritone player in his school band.

He even works hard in the summer.

While most teens looked forward to spending summer at the beach or working for money, Solyman had the Robert W Greene Summer Institute to look forward to.

“I was surprised that I was accepted into the Robert W Greene Summer Institute since I handed everything in late, but I knew I’ve written a good essay and had a great recommendation so when I read that email I was delighted, ” said Solyman. “I think this will be an experience to remember and get a taste of the journalism lifestyle.”