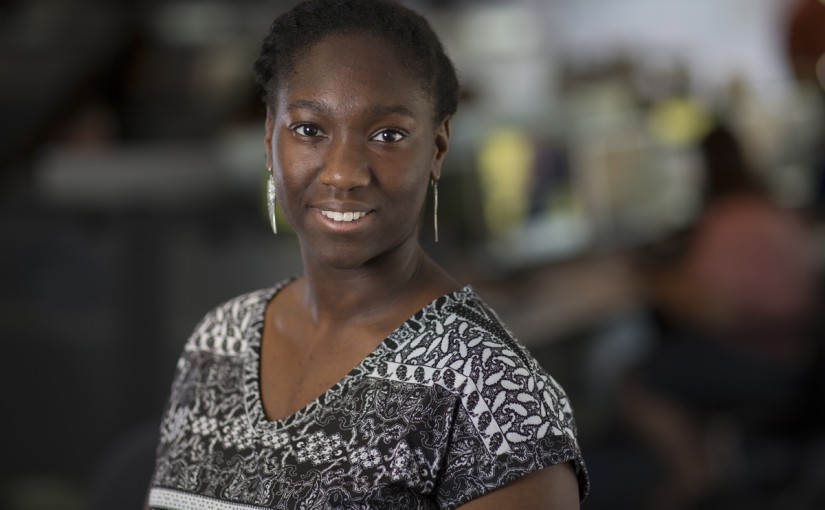 As far back as Stephanie Angus can remember, she has been writing.

“I’ve always been interested in writing,” Stephanie said. I’ve been writing for as long as I can remember, though that writing didn’t start with actual stories.”

She originally started writing comic books that then evolved into fictional stories. Later came journalism. She learned of her interest in journalism during her freshman year when her English teacher at Holy Trinity High School, Mr. Chorusey, took notice.

Stephanie’s teacher enjoyed her writing and invited her to join the school newspaper, the Trinity Triangle.“He walked me into the room and pointed to my future English teacher and said you’re the best writer I’ve had since her,” said Stephanie.

Stephanie said she has high hopes for the Robert W. Greene program. She said she is uncertain whether she wants to become a reporter, and hopes to gain experience in journalism to help her decide.

Stephanie said she is a firm believer in the power of writing. “I really value the power of words and how they affect people or paint a picture,” she said. “I love how writing can help you see a picture without that picture having to be in front of you for your eyes to see.

Stephanie also has plans to write at least one novel in her lifetime.

Stephanie said she gets her inspiration from a variety of works she comes across casually by either borrowing books from her parents or checking them out of the library. Two of Stephanie’s favorite books are The Book Thief by Mark Zusak and Laini Taylor’s fantasy novel Daughter of Smoke and Bones.

In addition to writing stories all the time, she has participated in several sports and other hobbies. Stephanie is interested in art and participates in several art clubs. Stephanie has also played soccer since she was four and cites this as her favorite sport.

Stephanie said she has high hopes for the future. She hopes to be running her own graphic design business. “I hope some time in the future that I will own my own business or I will be collaborating with artists on something amazing,” Stephanie said.