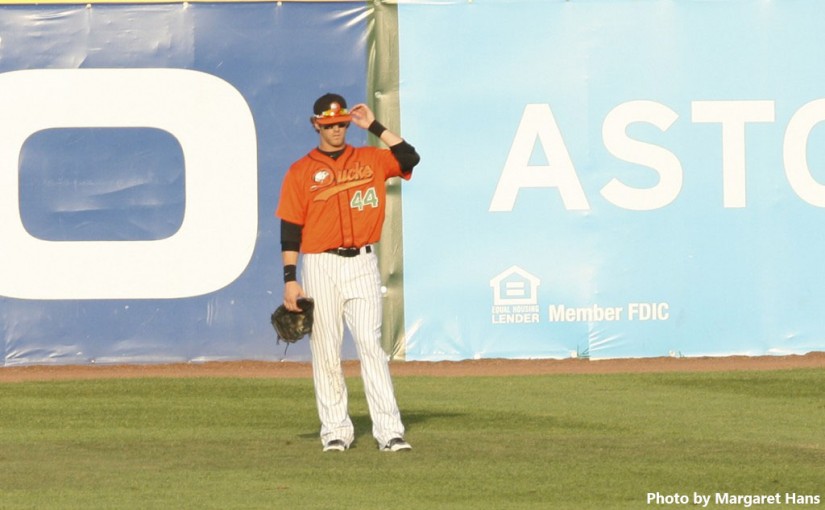 Despite five losses in the past week, the Long Island Ducks are still hoping to prevail in their division during the second half of this season and secure the widely sought after playoff spot in the Atlantic League Championship Series.

The Ducks also recently lost four key members—centerfielder Lew Ford, infielder Reegie Corona and pitchers Andrew Barbosa and Mickey Jannis—in July to other leagues and outside organizations, but the team is hopeful number 44 Long Island-native Bryan Sabatella makes up for those losses.

With the loss of these valued players this month, Ducks Public Relations Representative Michael Polak explains “other players, including Bryan, will need to step up and replace them; it makes it a lot harder.”

After ten seasons in other national minor leagues teams—like the Seattle Mariners and Kansas City T-Bones—Sabatella contributes plenty of experience, skill and aptitude to the Ducks. But maybe more importantly, the outfielder is receiving fan support as he returns to play baseball on Long Island after thirteen years.

Graduating from Shoreham-Wading River High School in 2002, Sabatella played first base for Quinnipiac University and continued on to perform well for various minor league teams. According to Polak, Sabatella is now a crucial part of the Ducks’ lineup since signing in January.

“[He] was a two time all-star for the Atlantic League, he’s primarily hit at the top of our lineup in the leadoff spot and played right field and he’s been doing great for us overall this season,” Polak said. “I believe he is also second in the league for most stolen bases after [Wednesday’s game], a kind of table-setter at the top of the lineup.”

Beyond the significance of Sabatella’s athletic prowess for the Ducks, he serves as a classic hometown hero type of player for the Islip Bethpage Ballpark, where he is loved by fans, supported by family and watched by friends.

His former Shoreham-Wading River varsity number, 17, was retired in a ceremony last year and hung on the fence of the high school alongside major leaguer Keith Osik, football player Buddy Gengler and other of the high school’s sports legends.

“We always liked Bryan because he was fast and because he was from here,” Ducks owner and former New York Mets manager and player Bud Harrelson said. “Nice to play ball where you live.”

Sabatella agreed with the sentiment in a recent interview with Newsday. “It’s nice to be back home and have the comfort of my friends and family,” he said. “The group of guys here is a good one. Everyone is fitting in perfectly. It’s a good fit all around.