Checking out Newsday and WLNY

Yesterday was exciting, long and productive. Like school, I and the other students had an early start to our much anticipated day. Not being a morning person, I surprisingly was quite energized at 6:15 am and got up rather easily as soon as my alarm clock went off. I was ready to explore the new things that awaited me in the program.

First off, were the tours of news outlets. The newsrooms of Newsday were filled with journalists busy at work with piles of papers stacked on each desk. I witnessed such hardworking attitudes in the couple of seconds that I was there. I also learned so much history behind the paper itself. It was interesting to see old photographs depicting the origination of Newsday and of course, photographs of the founder herself, Alicia Patterson.  The second news corporation that I and the other students visited was WLNY. There, we were greeted by a friendly anchor by the name of Richard Rose who told us about his experience.

Last but not least, was my most favorite part of the day: the Ducks game! My group and I had tons of fun covering a cute little story about the baseball experience for kids. All the children were as adorable and enthusiastic as ever. They were even willing enough to be goofy and give us their best quack! 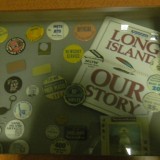 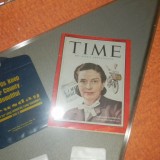 This entry was posted in Blog and tagged Ashley Johnson, Ducks, Newsday, WLNY. Bookmark the permalink.