Greene Team gets a taste of how news is made at WLNY, Newsday

While there’s a lot of change going on at WLNY right now, we’re glad that they, along with Newsday were able to fit us in today to talk about how the news gets made. A great stop before the students got some shooting and writing in at the Ducks game.

Here’s a picture of the Greene Team with anchor Richard Rose. Thanks to Richard Mulliner for taking the photo. 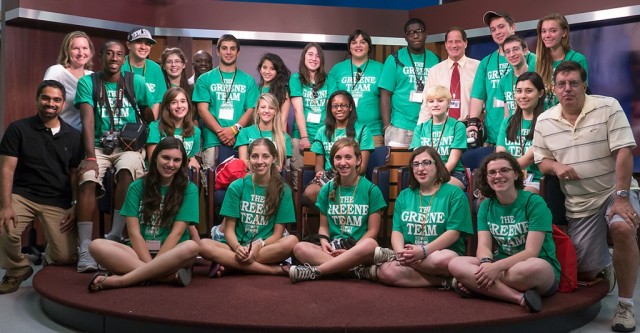 The Greene Team with anchor Richard Rose on a set at WLNY’s studios in Melville. Photo by Richard Mulliner.

I suppose it’s a good time to head to sleep, since the Greene Team and its professors are due in the School of Journalism’s studio at 8 a.m. Fun fact – our studio is actually the old set of WLNY – updated with HD cameras and a digital control room, of course.