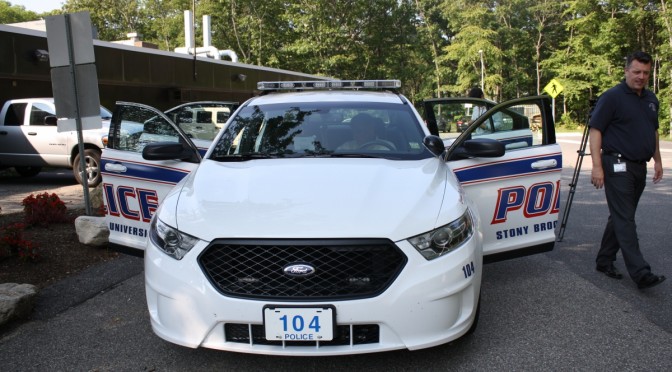 The incoming freshmen class won’t be the only new fleet on campus this fall.

“So far so good, the cops are loving the car, they’re comfortable in in the car,” said Inspector Robert Swan. “I have a couple police officers who are six feet four inches tall and will politely tell me ‘inspector that car is a little small.’” 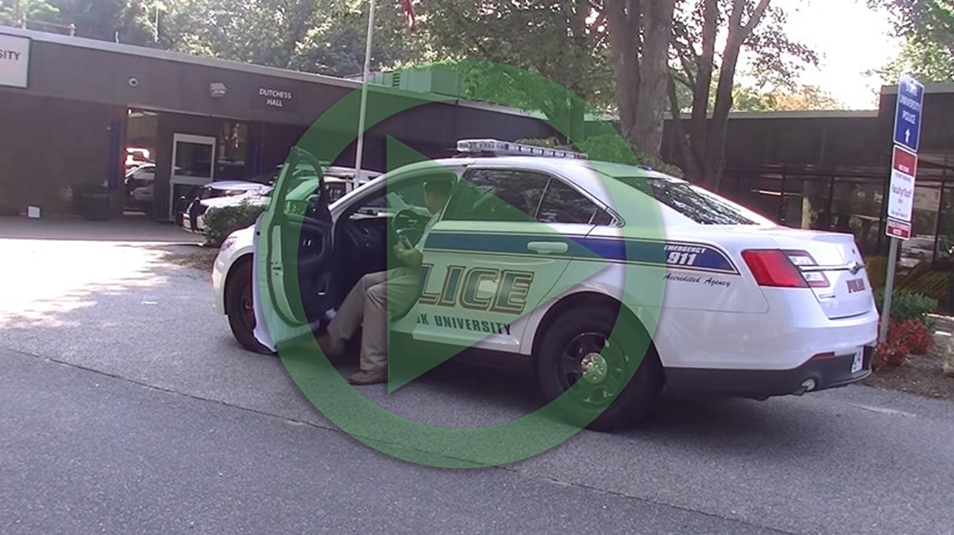 The “police package” includes a larger engine, transmission and suspension, as well as more safety features that are not included in the regular sedan.  The Ford Police Interceptor is 75 mph rear crash tested and officers sit behind Level III ballistic door panels, according to Ford.

The door panels are built to fit the Level III Ballistic Resistance of Body Armor NIJ Standard, which protects against a high-powered rifle and threats which are not as great.

“I’m a big proponent of moving forward and newest technologies, I believe it is where the world is going nowadays,” said Steven Wong, lead programmer and client support specialist in the department’s division of information technology. “I’m a big fan of the newer cars that we have and the new technology and computers we are putting into them.”

According to the university 2013 Clery Report, there were 73 crimes reported on campus, 39 in residential facilities and 2 off campus; the most common crime reported was burglary in 2012.

“We’ve had an overall reduction in crime, 11 percent in 2012-2013. Burglary ends up being the most common because one perpetuator ends up committing several burglaries; Clery requires us to consider every separate dorm robbed a separate burglary,” said Eric Olen, Assistant Chief of Police for SBU police. “We are also required to report anything near the campus so that would be considered non-campus, on campus includes the library, any classroom, or cafeteria and residence halls are the dormitories.  The concept is to make the community aware of incidents on and off campus for safety.”

Each car can price out differently but the base car is about $30,000. Enhancements such as stripping, computer and emergency equipment, sirens and lights all have to be put on separately which costs several thousand dollars.

“Frankly, this is the best bang for the buck,” said Swan. “We have a large campus, we have to get around quickly, promptly, safely and you can’t do that if you have an old fleet or a fleet that ends up being in the garage half of the time.”

One thought on “New cars on campus”